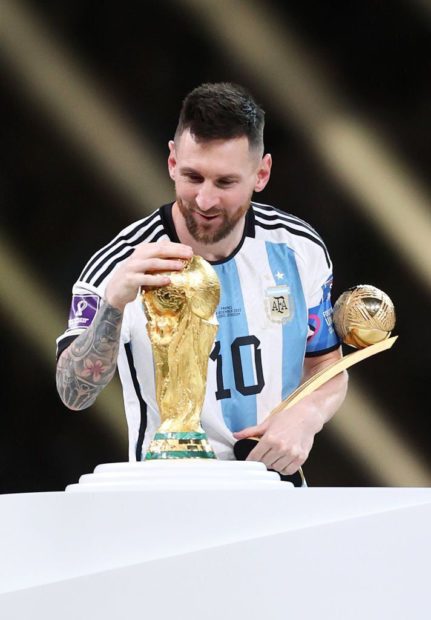 After over three decades since the Argentine national team last won the competition, they have suddenly turned history around.

Argentina beat France in a penalty shootout after the two team tied to 3:3 after the extra time.

Messi on the other hand scored a brace in the final which tallied his goals to 7 in the tournament, with an additional assist of three. Di Maria impressed with a goal in the final.

Messi was adjudged the overall best player in the tournament with many applauds.

Messi Lionel stated after the match,

“Obviously I wanted to close my career with this trophy. These are my last years and completing it like this is wonderful.

“This was the trophy I have wanted all of my life. This was my dream since childhood.

No, I’m NOT gonna retire from the national team. I want to keep playing as World Cup champions with Argentina shirt”