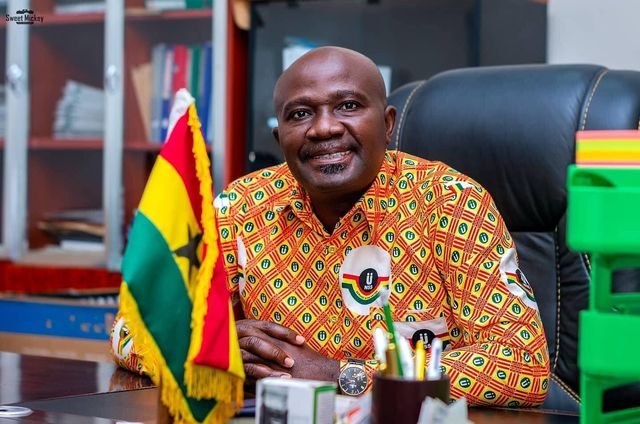 According to verified reports, the Ashanti Regional National Service Scheme (NSS) Director, Alex Opoku-Mensah has been suspended with immediate effect.

Mr. Opoku who has been in the news for days over his confrontation with a nurse at Manhyia Government Hospital has been suspended after numerous calls.

Even though he has apologized for the use of his infamous words, the NSS still deem it fit to suspend him.

According to a release sighted by mycelebritybuzz.com, dated December 1, 2022 and signed by Ambrose Entsiwah Jnr states,

“The management of the National Service Scheme(NSS) has suspended the Ashanti Regional Director, Alex Opoku-Mensah with immediate effect.

“The announcement of the suspension was made yesterday at an emergency meeting the management of the scheme held with, Mr. Alex Opoku-Mensah.

“The management decision is to allow further investigation into the alleged verbal assault on a nurse on duty at Manhyia Government Hospital in Kumasi.

“Meanwhile a committee comprising of representatives from National Service Scheme, the public service commission and the Ministry of Education has been set up to investigate the matter and submit report to the NSS management within a month.

Mr. Alex Opoku-Mensah thus is expected to appear before the committee on Monday, December 5, 2022.” 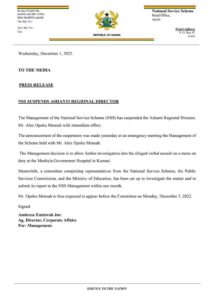 Next I Won’t Apologize To Ghanaians – Luis Suarez