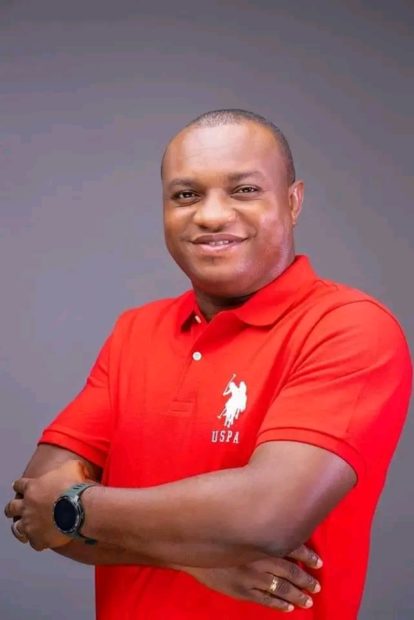 Disappointed National Democratic Congress, Youth Organizer hopeful, Brogya Genfi has finally accepted defeat after a long back and forth.

Brogya who was grieved by the outcome of the 10th December, 2022 Youth Organizer contest decided to take the case to Court.

After sober reflection and upon engagement with Former President John Dramani Mahama has decided to forgo of the election outcome as noted by Mycelebritybuzz.com .

In a release by Brogya Genfi he stated,

On 13th December, 2022, I together with the TEIN President of University of Ghana, Legon and University of Professional Studies, Accra, filed a Writ of Summons challenging the validity of the 2022 National Youth Election of the NDC which I had the privilege of participating in for the position of National Youth Organizer.

Pursuant to this action, the High Court Amasaman granted an Order of Interim Injunction in my favour restraining the defendants from acknowledging and/or holding the declared winner out as the National Youth Organizer of the National Democratic Congress.

The case was premised on the fact that twenty-two (22) delegates to the National Youth Conference whose names were on the official delegates register of the party were prevented from voting in the elections, while 17 persons who were not qualified to vote in the elections were rather allowed to vote, thereby impacting the eventual outcome of the election.

I was determined to pursue this matter to its logical conclusion mainly on grounds of principle and to forestall a similar occurrence in the future. But, upon the intervention of the Former President and Flag-bearer of the National Democratic Congress, H.E John Dramani Mahama, who I consider a father, I have decided to withdraw the matter from court and to abide by the outcome of the election as declared by the party.

I have arrived at this decision based on my respect and reverence for H.E John Dramani Mahama and in the supreme interest of the great NDC.

I sincerely wish the newly-elected leadership of the Youth Wing well and hope that they bring on board everybody irrespective of the candidate they supported in the elections for the realization of our common objective of recapturing power in 2024.

To all the delegates who campaigned and/or voted for me, to all my teeming supporters and the entire rank and file of the NDC who supported me in diverse ways in this journey, I say a very big thank you. I do not take your support for granted and will never forget what you have done for me.

Let’s put aside our differences, rededicate ourselves and rally together for the victory of the NDC and President John Dramani Mahama in 2024.