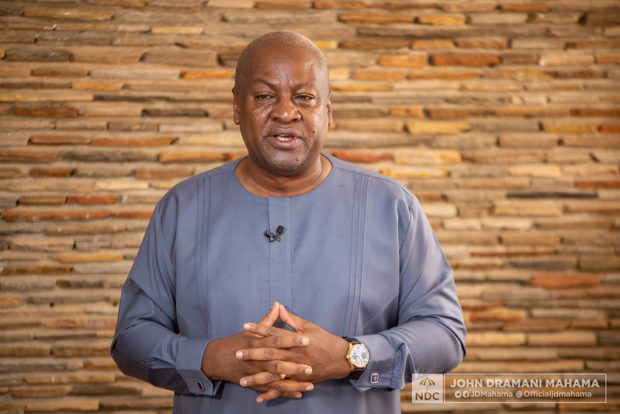 Ex President Mahama has stated that he has not endorsed any candidate in the ongoing NDC internal elections.

According to Mycelebritybuzz.com report, the Former President has stated that there is speculation that he has endorsed a particular candidate for the Chairmanship race which isn’t true.

The release was signed by Joyce Bawah Mogtari, Special Aide to the President. Below is the full release,

“Former President John Dramani Mahama wishes to once again caution, in the strongest terms, aspirants and their campaigners who deliberately continue to associate his name with their campaign.

“As has been publicly stated by Mr. Mahama, he has no preference and has not endorsed any candidate in the ongoing NDC national executive elections, which climaxes on Saturday at the 10th National Delegates Congress.

“Mr. Mahama has noted the attempt by some candidates to push a narrative, despite his previous cautions, that he supports their candidature.

“Of paramount interest to President Mahama is Victory for the NDC in 2024 to work with expectant and suffering Ghanaians to “Build the Ghana We Want.”

“He, like other supporters of the National Democratic Congress (NDC), will work with whoever the delegates choose and elect.

“Meanwhile, the Office of HE John Dramani Mahama condemns a publication in a tabloid newspaper that the family of the former President is in support of one of the aspirants for National Chairman of the NDC.

The said claim and the publication are false, and the rank and file of the party are encouraged to disregard them.”

Previous Everything Set For Historic Black Star Line Festival By Chance The Rapper And Vic Mensa
Next You are a failed MP, avoid my name in your interviews – Sam George warns Pablo