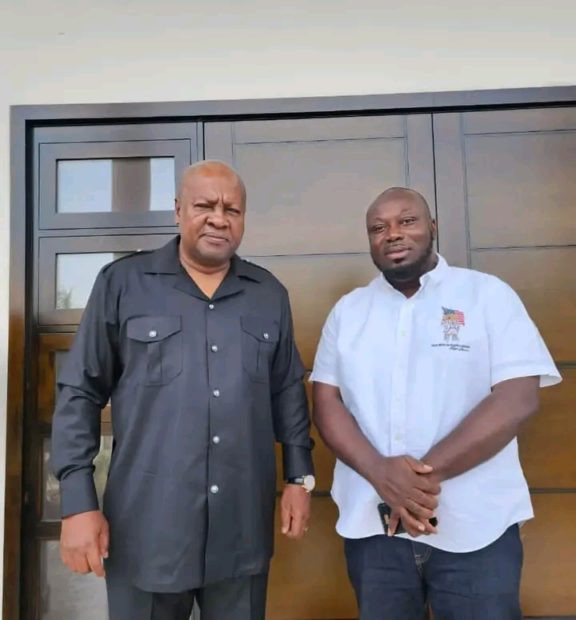 Newly elected NDC National Youth Organizer, George Opare Addo has urged the rank and file of the party to unite for election 2024.

This comes after Brogya Genfi accepted the National Youth Organizer election defeat. Below is the release,

I have received news of the statement written by Mr. Brogya Genfi, an immediate past aspirant for the position of National Youth Organizer of the National Democratic Congress (NDC).

I welcome his decision as it is in the right direction. Our party is one that emphasizes on ensuring the right procedures and regulations are adhered to. I am glad that finally my brother is rallying support behind the Youth Wing irrespective of our differences.

I hope that together we can build a strong Youth Army for the party.

My gratitude also goes to HE President John Dramani Mahama for his intervention in this matter. He has shown once again that he is the leader the party needs at this crucial time in our history. Your Excellency, as you have not failed the Youth, we will not fail you either, we are behind you.

To every elder in the party who also intervened and ensured we will move on from the Youth elections, on behalf of the Youth Wing, I express our deepest appreciation for your timely intervention.

As I stated in my victory speech in Cape Coast, there is now no Pablo or Brogya camp, we are one, we are the Green Army. I call on all those who did support me and my deputies and those who did not support us to close our ranks; we are one army now. Let us build ourselves, encourage each other, correct one other as we march on to victory in 2024.

I call on all and sundry that now more than ever, we need a united front. I promise to lead a Youth Wing that is united and brings everyone on board. We move!