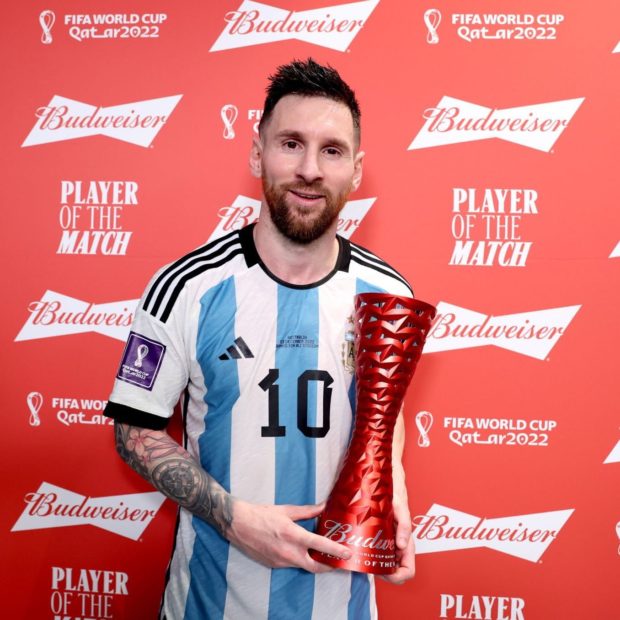 The captain of the Argentina national team, has shown leadership as he leads the team to the FIFA World Cup Quarter Final.

According to Mycelebritybuzz.com, a goal from Lionel Messi and J. Álvarez saw the Argentines head to the next round of the competition.

Despite an own goal from Fernández, Australia couldn’t cause as upset as they earlier predicted.

Messi made history by scoring his 789th career goal in his 1000 appearance for club and country.

Argentina have played against Australia on seven consecutive occasion and winning on 6 different occasions with the latter winning just one.

Australia wanted to copy Saudi Arabia and cause a possible upset but they couldn’t pull such a thing.

Argentina will face the Netherlands who have played 19 games undefeated in the quarter finals of the competition.

Lionel Messi: “It was a controlled match. Putting aside the last one (save) by Dibu (Martinez), we didn’t suffer too much.”

Lionel Messi on facing Netherlands in the Quarterfinals: “We’re going to have a very tough matchup, I think it’s going to be very difficult, they’re going to want to get the ball out of us. At this point the World Cup is getting even tougher.”

Lionel Messi was voted man of the match.