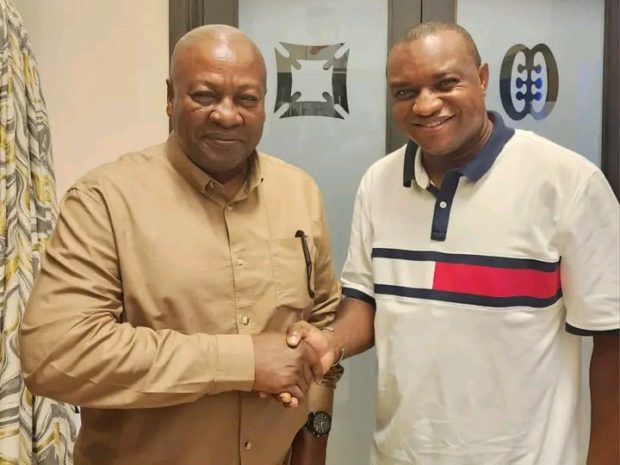 Brogya who successful secured a court injunction to restrain George Opare Addo from calling himself as National Democratic Congress Youth Organizer has rescinded his decision.

This comes after he had a long conversation with Former President John Dramani Mahama. After the conversation Brogya Genfi decided to withdraw his court case and let peace reign.

The battle is now focused on how to elect Presidential and Parliament candidates to secure election 2024.

I have had a meeting with Comrade Brogya Genfi following his decision to seek redress in court, and the outcome of our successful discussion is the decision to withdraw the case from court.

We must work together, fully committed to Victory 2024, and the discussion with comrade Genfi was most encouraging.

We must focus on building a united front at all levels of the party, and this is a great beginning.