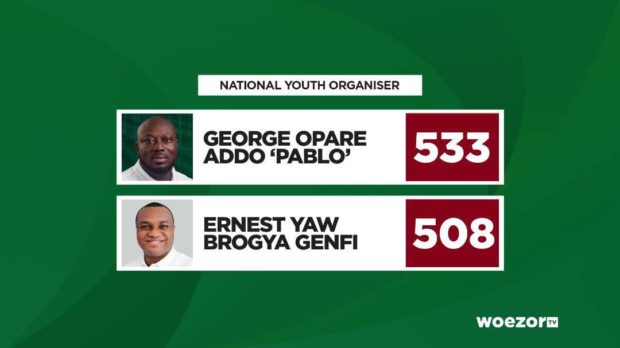 The contest which already had much anticipation and concern from a lot of delegates concerning how intense it would be proved to be intact.

George Opare Addo was retained as National Youth Organizer with 533 votes as against the 508 votes that Ernest Yaw Brogya Genfi secured.

Despite a lot of national endorsement received by Brogya Genfi he still failed to secure the National Youth Organizer position.