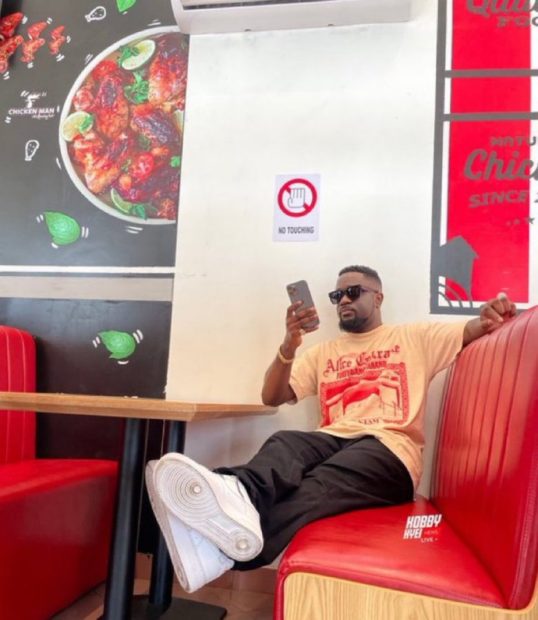 Pizzaman are set to gift 50 Sarkodie fans a Rappperholic ticket to the 10th edition of the historic event.

Sarkodie on Tuesday, 20th December, 2022 visited one of the branches of the company where he engaged with fans and some workers around.

The rapper announced that Pizzaman will be gifting 50 Rappperholic Tickets to SarkNation in this year’s edition of show.

Pizzaman is a Ghanaian brand into the production and sales of variety of Pizza and chicken meal.

By exactly 3pm, Sarkodie was ready and set at Pizzaman. This year marks exactly 10 years since Sarkodie organized the maiden edition of the event.

He wrote, “Incredible time at PizzamanChickenman . Their food is amazing guys 😊👍🏾 SARKNATION they bought 50 #rapperholicX tickets to give away 🔥🔥🔥 follow them for more info 👍🏾”