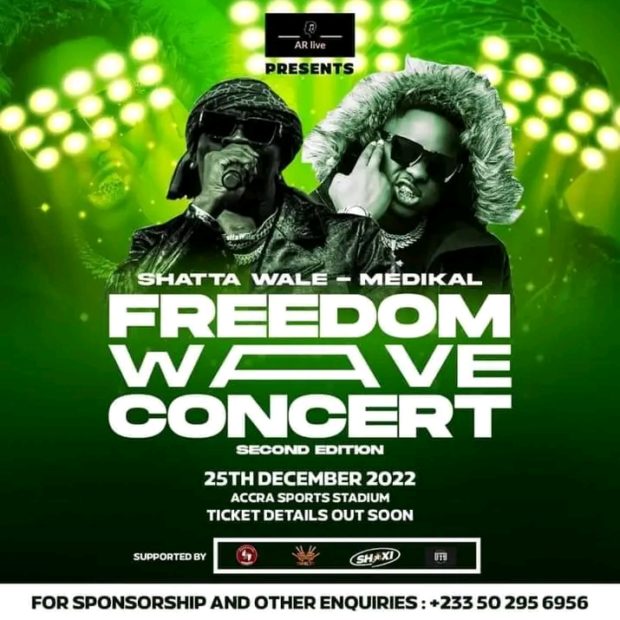 Mycelebritybuzz.com can confirm that Shatta Wale will be trying to do the unimaginable and fill the Accra Sports Stadium which even Napoleon couldn’t have done.

The dancehall king made this revelation to entertainment Journalist, Sammy Flex on Ctv where he disclosed this shocking revelation.

Shatta Wale will be doing the “Freedom Wave Concert” with Medikal after the two artiste’s relationship seems to be progressing at a good rate.

Few days ago Wizkid failed to fill the Accra Sports Stadium with his Wizkid Live Concert which saw the global singer not showing up due to safety and technical reasons.

This show will be Shatta Wale’s second edition after he managed to feel half of the Accra Sports Stadium last year.

The two after been released from jail went ahead to do this historic show to the amazement of many.

If Shatta Wale and Medikal are able to fill the entire stadium it will definitely be historic and a big achievement.