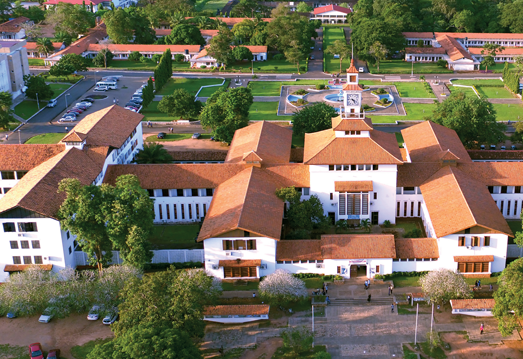 The University of Ghana has been ranked as the best tertiary institution in Ghana.

Webometrics, places the University of Ghana as first in Ghana, 12th in Sub-Saharan Africa and 1,124 in the world – out of 31,000 higher education institutions from more than 200 countries:

The Webometrics Ranking of World Universities is an initiative of the Cybermetrics Lab, a research group belonging to the ‘Consejo Superior de Investigaciones Científicas’ (CSIC), the largest public research body in Spain providing reliable, multidimensional, updated and useful information about the performance of universities all over the world.

The aim of the Webometrics Ranking is to promote web publication, supporting open access initiatives and electronic access to scientific publications and other academic materials. The Rankings, which began in 2004, is updated every January and July and provides Web indicators for universities worldwide.

Management of the University is grateful to all stakeholders who have contributed to achieving this enviable feat as the highly ranked University in Ghana and West Africa.

Congratulations to the UG community on reaching this important milestone!