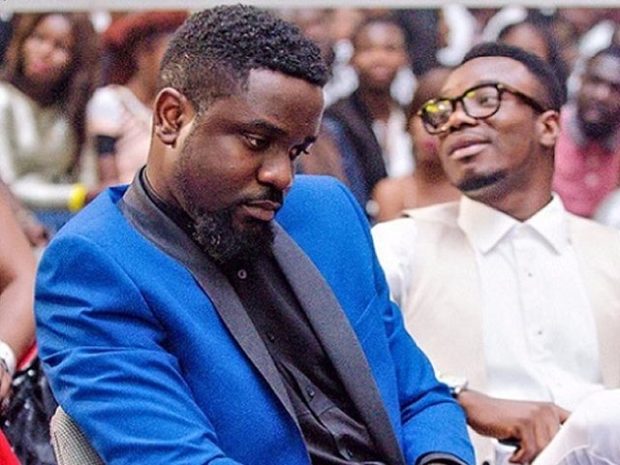 There was a serious back and forth between team Sarkodie and the soldiers at the Black Stars Square when he decided to make an entry with his car.

According to mycelebritybuzz.com report it resulted in a struggle between Sarkodie’s security details and the military on the ground who later escorted his car out without him entering.

Black Star Line Concert is an event organized by Chance the rapper and Vic Mensa as a means of connecting back to their ancestral root here in Ghana.

Many great artistes where bullied to perform, Sarkodie, Manifest, T-Pain, Vic Mensa, Chance the Rapper, Kwesi Arthur and other American acts will be mounting the stage.

“An on-going altercation between Team Sark & the security marking the gates/entrances for artistes as the former tried to make an entry. Not too sure what triggered the ‘fight’ but it seems it had something to do with not letting Sark’s manager, Angel in.” – A journalist at the event posted on his timeline.